The Walair paper extraction systems are delivered to:

All problems in the graphic industry are equal, but the question is, what is the best way to transport the paper/cardboard waste from the machine to the storage medium. Walter Nihot, director of Walair has a 35 year experience to solve this problem and is able to offer you a ready-made solution in 9 of the 10 cases.

For the binderies/printeries we produce waste handling systems to extract, for example, paper or cardboard waste which comes from the machines during the production of magazines, books, leaflets etc. Directly at the machines the waste will be transported, by means of air transport or conveyors to a static or self pressing compactor or baler. The choice between a conveyor or air system mostly depends on the availability of space. Mostly it is not possible to install conveyors in existing companies. In a new building it is easier to install conveyors, because mostly there is the possibility to install at the floor.
Room is mostly no problem to install an air system. Directly on machines extraction hoods are installed. With these hoods the paper waste is directly transported by air. Air extract system are able to extract 1 bur also 50 machines at the same time. The type of the installations depends on the wanted paper transport and the machines (info).
If an air transport system is chosen it is possible to filter and return the air in the production area. With this system you will not waste warmth in wintertime.
If necessary the static or self pressing compactor or baler can be executed with a tipping device over system. With the tip over system it is possible to store the waste in a transportable container and dump the waste into the self pressing compactor or baler manual.

For binderies with large amounts of waste in big sizes it often not possible to install an air system or conveyor. For these problems we can offer shredders or reducing machines. Transporting the waste manual or by means of a tip over system on the conveyor into the shredder, the waste is reduced in the shredder and, after shredding, directly be transported with an air extraction system or conveyor. 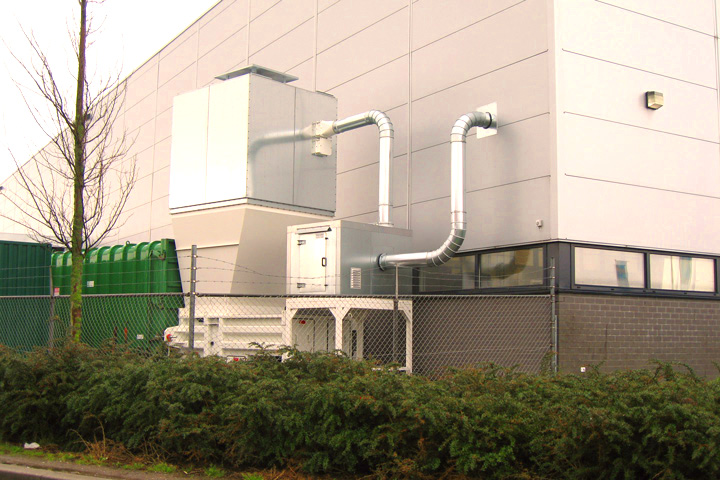 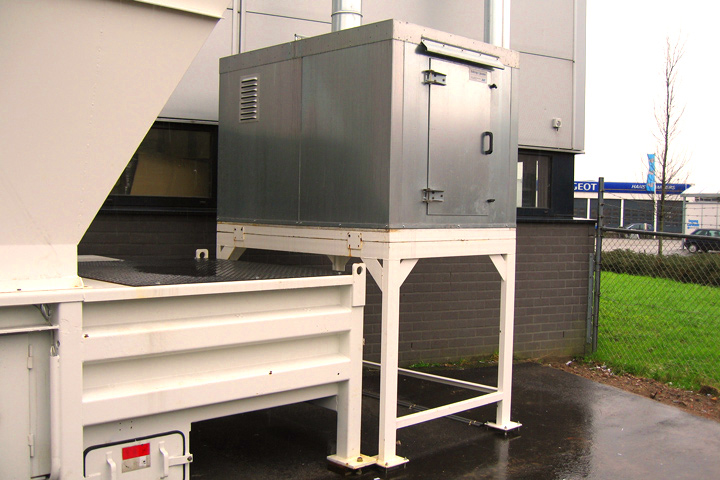