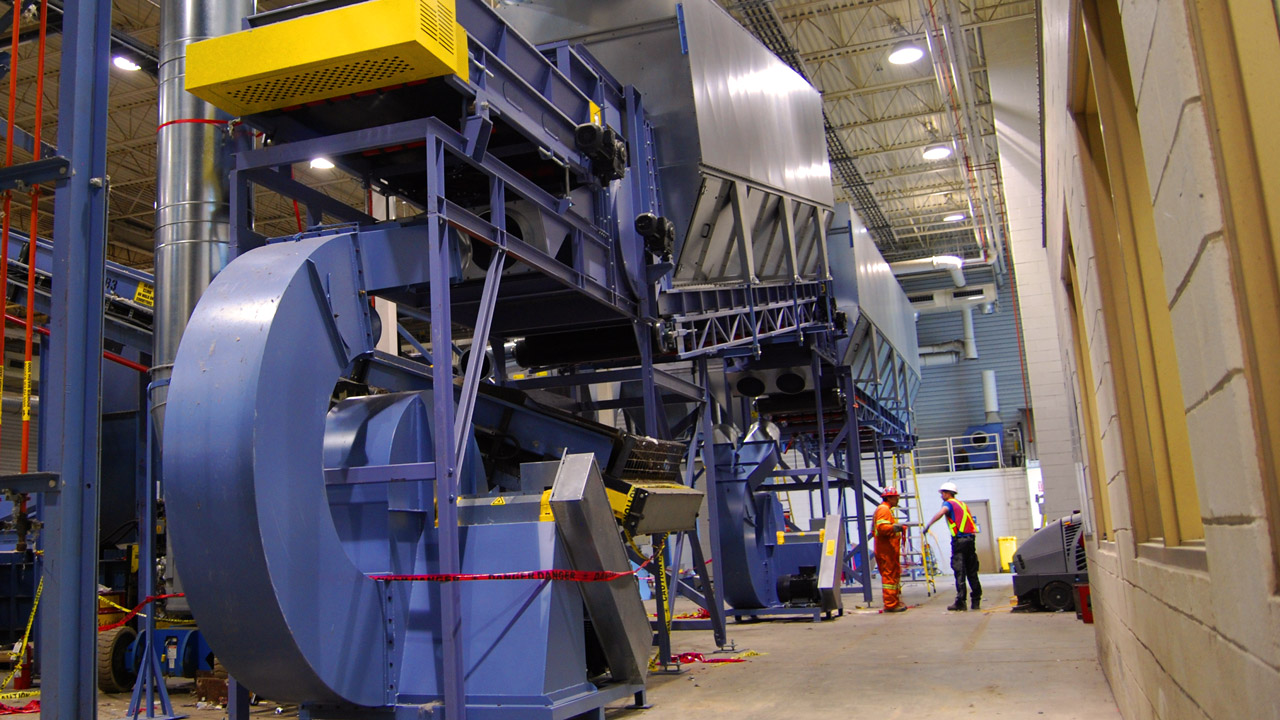 These 3-way drum separators handle a total capacity of approx. 30t/h. The cubic weight of the input material is approx. 200kg.

The air separation is taken care by two Walair fan separators. Each suction side of the fan is connected with ducting to the expansion rooms and extracted 100% from the air out of the expansion rooms. Approx. 80% of the air is blown into the blowing mouth of the separation room of the drum separators. The rest of the approx. 20 percent is transported by ducting to automatic cleaned dust ﬁlters. By the use of frequency regulators and air regulation valves, it is possible to adjust the best possible amount of air for each installation. 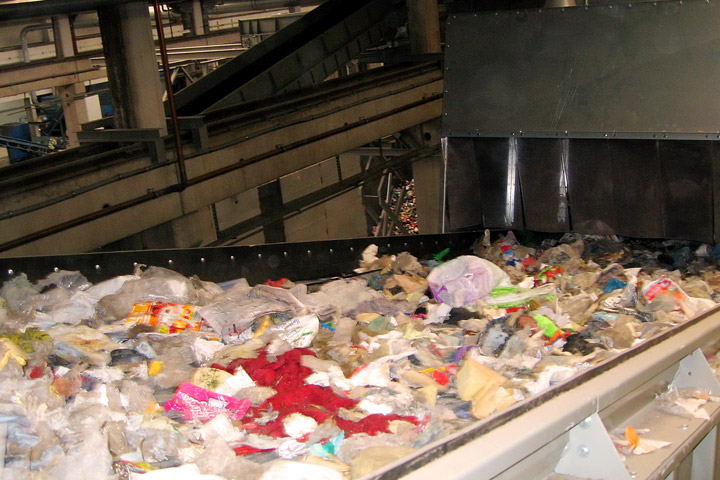 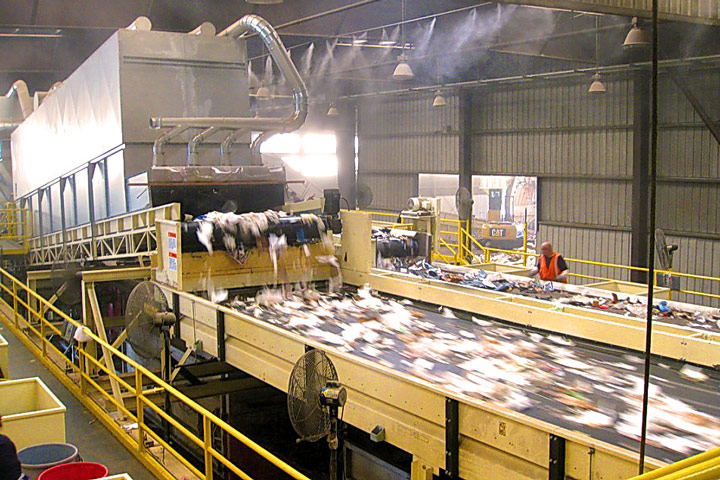 For more details and photos and video of the Walair 3-way Walair Drump Separator we refer to the Walair website.